Join us for a thought-provoking day of learning and sharing!

Free and open to all Atypon clients, this virtual event brings together experts from across our client base and the industry to focus on three key issues across three panel discussions.

The Community Meeting will be recorded so that registrants can watch or rewatch on their own time.

Welcome! What is Community at Atypon?

Community overview and call for participation

Updates from our client-led Interest Groups

Panel 2: Supportive Innovation: What do publishers & societies need to successfully transition into the OA future?

Panel 3: We Can Only Solve This Together: Cross-industry collaboration to address shared challenges

Choose your own Q&A

A question-and-answer session with the plenary panel of your choice!

Andrew Smeall is a Senior Director in Wiley’s Open Research team. He joined Wiley as part of the acquisition of Hindawi, an open access publisher of STM journals. Andrew spent 8 years at Hindawi, in various strategic and technical leadership roles. As Chief Product Officer, he led development of Hindawi’s Phenom software, a free and open source platform for publishing open access journals. Prior to his work in academic publishing, he spent several years as a researcher at the Center on US–China Relations, publishing multimedia research on Chinese economic development and Korean peninsula security issues. 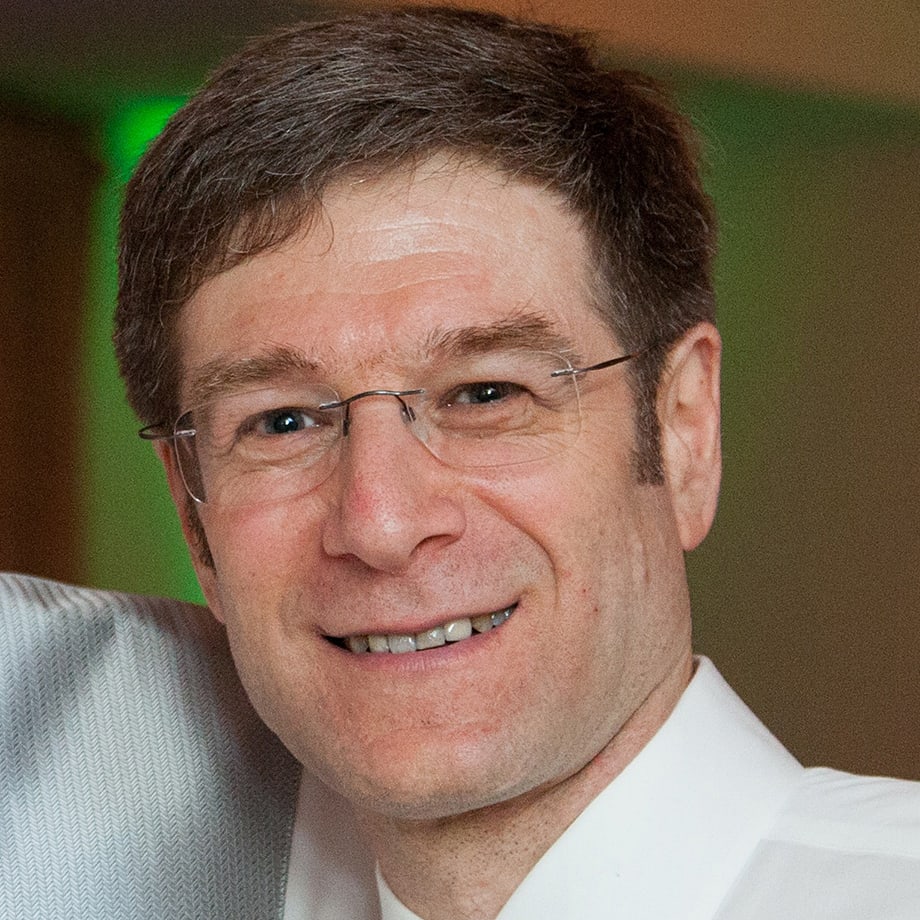 Bruce has been designing and implementing electronic publishing workflows and solutions for over 35 years. He is the developer of the Crossref Metadata Deposit Schema and co-authored the original NLM DTD. He served on the National Information Standards Organization (NISO) Board of Directors from 2005 to 2013 and is currently co-chair of the NISO STS working group as well as an active member of its JATS and BITS working groups. Prior to joining Atypon, he was CEO of Inera, which was acquired by Atypon in 2019. His 16 years of joint work with Crossref earned Inera and Crossref the 2014 NEPCo Publishing Collaboration Award, and he was awarded the status of NISO Fellow in 2020. Bruce continues to lead software development for Inera’s eXtyles and Edifix, and works with Atypon customers on workflow solutions. 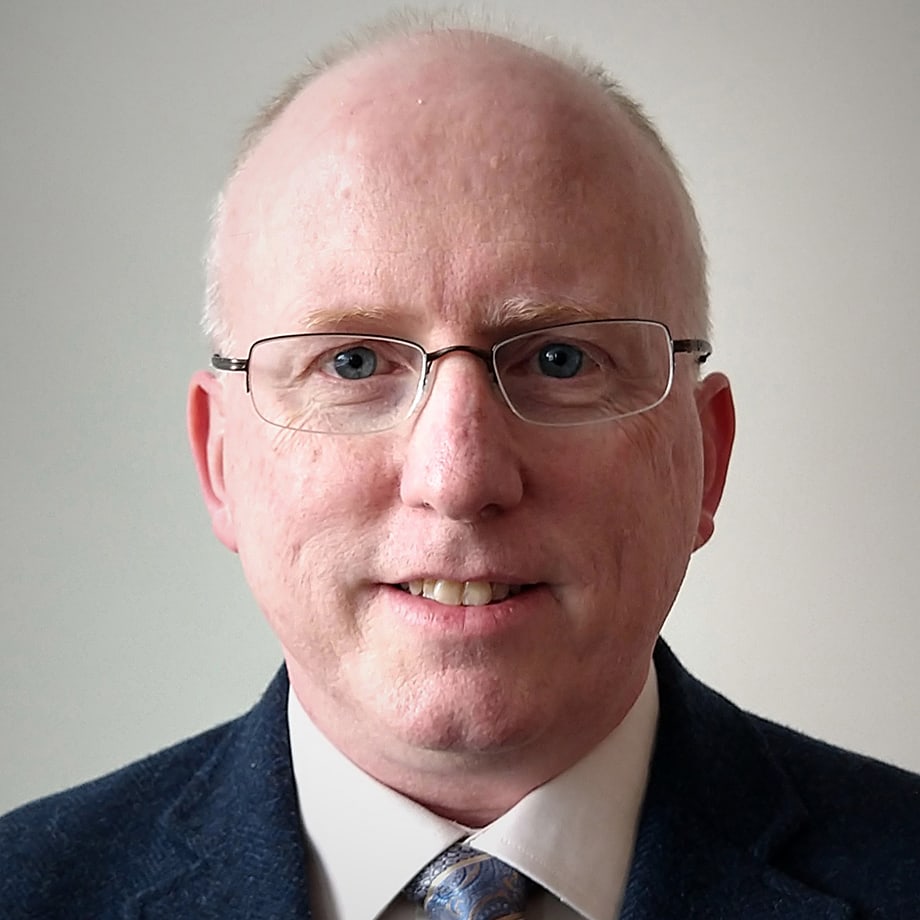 Mike Cannon is the Director of Serial Publications and Editorial Services at the American Speech-Language-Hearing Association (ASHA). He has more than 25 years of experience in professional society publishing and is focused on content and product strategies that maximize the relevance and utility of research in support of evidence-based practice. 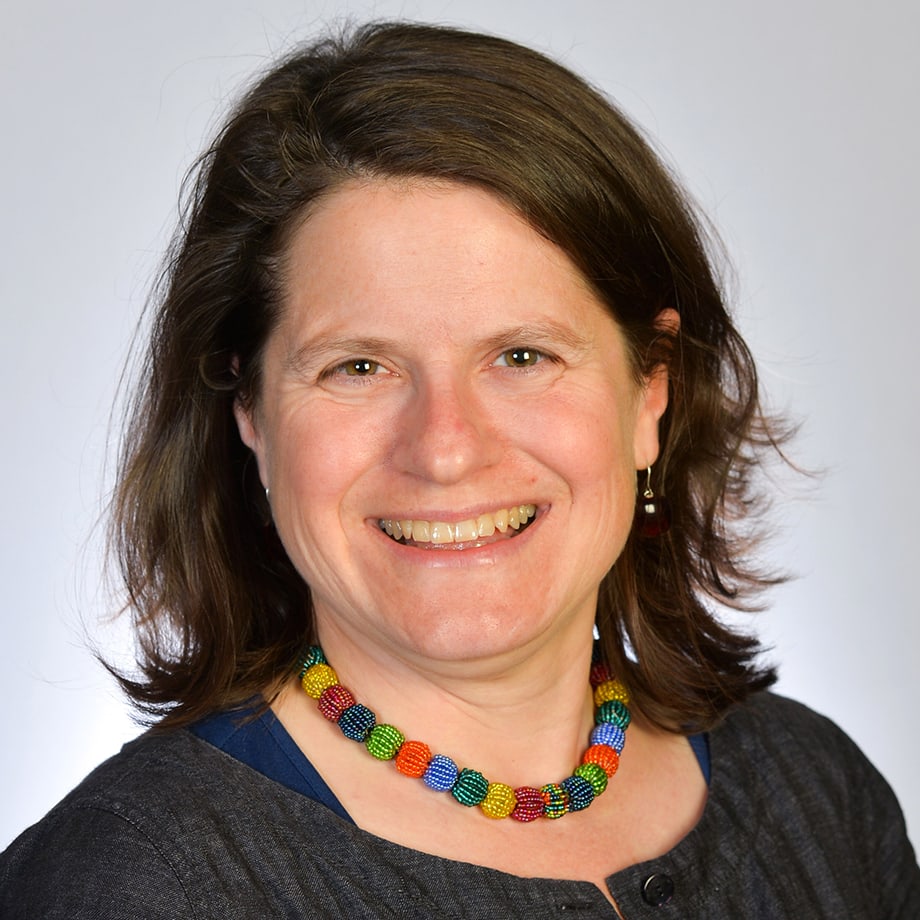 Nettie Lagace is the Associate Executive Director at NISO, where she is responsible for facilitating the work of NISO’s topic committees and development groups for standards and best practices, and working with the community to encourage broad adoption of this consensus work. Prior to joining NISO in 2011, Nettie worked for a library software vendor, where she served for 11 years as project training librarian and product manager. She holds a M.I.L.S. from the University of Michigan. 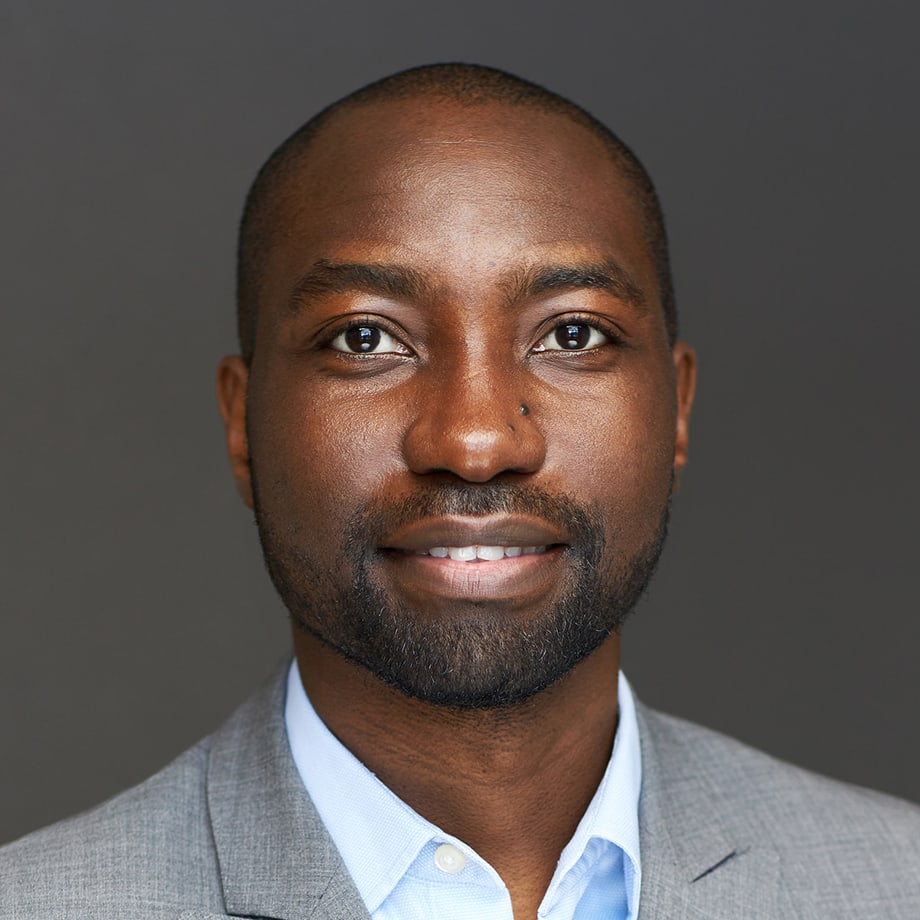 Paschal Ssemaganda is a Publishing Officer at the World Bank Group. His primary responsibility is to lead the development and maintenance of the World Bank eLibrary, a subscription-based website used by top academic institutions, government agencies, think tanks, and other institutions. Paschal holds a Master of Publishing degree from Simon Fraser University. 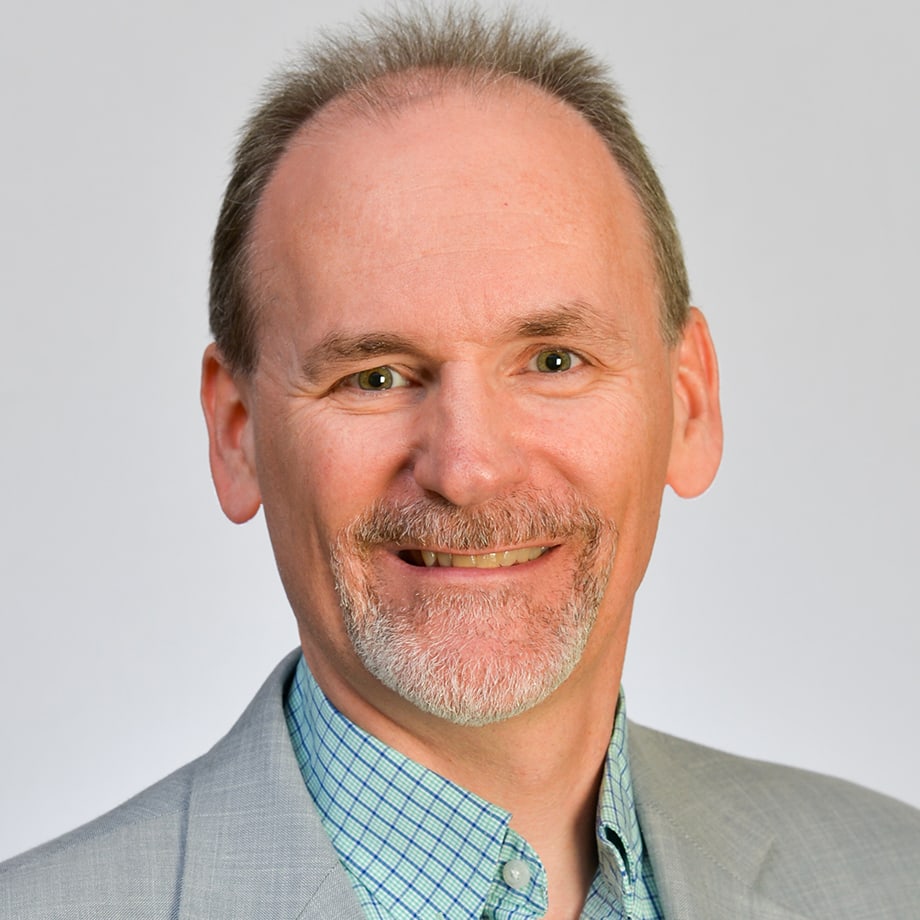 Ralph Youngen has more than 30 years of experience in developing technology solutions to support the scientific publishing industry. For the past 19 years he has held numerous positions with the American Chemical Society. He is now responsible for defining and overseeing enterprise-wide technology integration projects, including an identity management initiative that spans all of ACS. Ralph has been involved with RA21 since its inception. He is one of the RA21 Co-Chairs, and is a frequent spokesperson for the initiative.

Richard Wynne has worked at the intersection of scholarly publishing and technology for more than 35 years. In 2019 he founded Rescognito, an innovative platform for structured, granular and verifiable attribution of research contributions. Previously he was a principal and Vice President of Sales and Marketing at Aries Systems for 20 years. The Aries Editorial Manager platform is successfully used by millions of researchers and thousands of journals for online submission and peer review. Aries was acquired by RELX at the end of 2018. In the 1990’s Richard created and sold multimedia CD-ROMs for professional education while Vice President of Medical Publishing at SilverPlatter. Richard holds a degree in Business and Law from the University of Edinburgh. 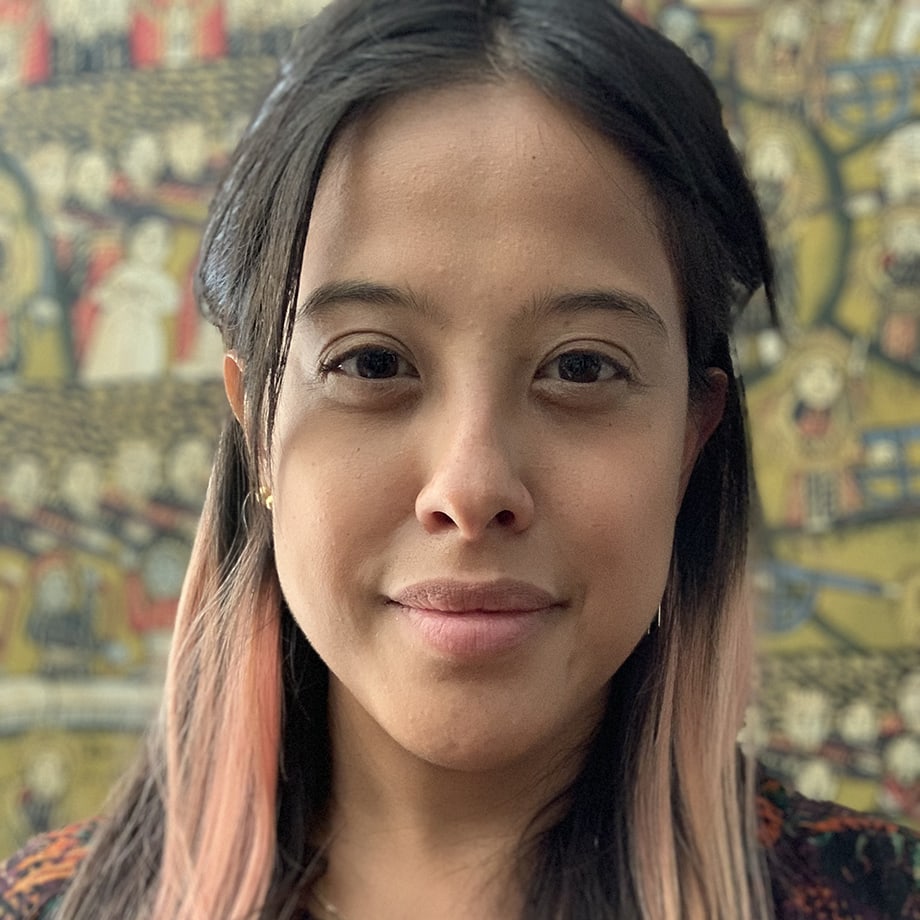 Sara Rouhi is the Director of Strategic Partnerships at PLOS focusing on developing new business models for sustainable, inclusive open access publishing. In 2020 she launched PLOS first collective action business model for highly selective publishing, PLOS Community Action Publishing, and has solicited over 50 partners from across the globe including consortia like the Big Ten Academic Alliance, Jisc, and CRKN. Her partnerships work focuses on collaborating with values-aligned organizations to further PLOS’ open science mission. Before coming to PLOS in 2019, Sara managed business development at Digital Science for both the Altmetric and Dimensions platforms. She is involved in various volunteer and thought leadership capacities including as an at large Board Member for SSP. She was the recipient of the SSP’s Emerging Leader award in 2015 and writes and speaks frequently on open access and diversity in scholarly communications. She’s a comedian and improviser in Washington DC and tweets all things politics, open science, improv, and #scholcomm on Twitter @RouhiRoo. 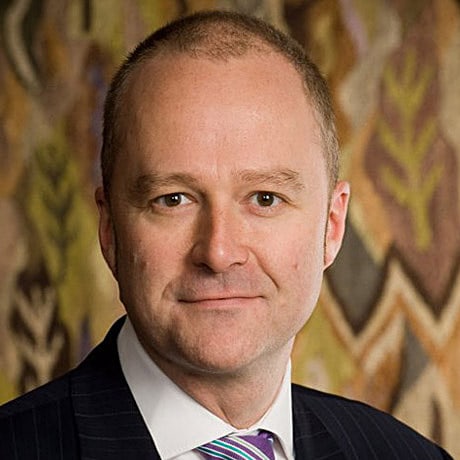 Dr Stuart Taylor is the Publishing Director at the Royal Society. He has responsibility for the Royal Society’s publishing operation which consists of a staff of 30 who publish the Society’s ten journals including the world’s first science journal, Philosophical Transactions, first published in 1665. He joined the Society in 2006 after working as a Publisher at Blackwell Science (now Wiley) in Oxford where he was responsible for postgraduate book and journal acquisitions in clinical medicine. He is a keen advocate of open science and believes that the scholarly communication system should genuinely serve science and do so far more effectively and efficiently than it does at present. He is a member of FORCE11, is also on the Board of Directors of the Open Access Scholarly Publishers’ Association (OASPA) and works in several other open science groups. Most recently he has been involved in setting up the Society Publishers’ Coalition.

He has an MA in chemistry and a DPhil in psychopharmacology from the University of Oxford, and has published 25 peer reviewed scientific papers in the fields of drug tolerance and dependence, chemical kindling and epilepsy. He has also published a number of articles on journal publishing and scholarly communication. In 2015, he organised a four day conference as part of the Royal Society’s celebration of 350 years of science publishing entitled The Future of Scholarly Scientific Communication.

Security Architect, Taylor & Francis
Ken Ferris is a Security Architect at Taylor & Francis. He has many years’ experience with security architecture, working as an independent consultant serving the banking, army, telecoms, and pharma sectors. He is an accredited ISC2 instructor and has taught CISSP and Cloud Security courses for the Swiss chapter of ISC2, as well as serving as a part-time tutor in the MSc in Information Security course at Royal Holloway University of London.